The effort is part of a larger campaign targeted for Native Americans based on the state’s successful “A Dose of Reality” campaign to ensure appropriate cultural sensitivity and sharing of information that is done with utmost respect to New Mexico’s distinct Pueblos, Tribes and Nations.

Caté believes that humor can be an effective way to introduce a serious topic like opioid addiction to Native American communities.

“Laughter has always been a part of being Indian, and Native humor is culturally unique and at the heart of our resilience and survivability,” said Ricardo Caté. “Humor is a way to understand and heal from personal or historical trauma. I am trying to bring attention and focus to the serious opioid addiction issues in our communities as a way to help us foster understanding and change by making us see things about this in a new and relatable way.”

“Until recently, the dramatic opioid epidemic toll among Native American families has not been adequately addressed,” said Dr. Neal Bowen, division director for BHSD. “We will continue to bring forward and intensify our efforts to help those communities thrive. We should all be proud of the efforts made by OSAP Native American staff and consultants. They are leading the way, making a difference and sharing their Native American-specific programs with other states.”

A recent study from the New Mexico Youth Risk and Resiliency Survey (YRRS) which uses a tool to assess the health risk behaviors and resiliency (protective) factors of New Mexico high school and middle school students shows that 8.1 percent of Native American youth used painkillers to get high compared to the state rate of 6.9 percent, and that heroin and methamphetamine use is slightly higher among Native American youth as well.

As part of its overall effort to combat substance abuse, the state’s Native American Outreach Program offers behavioral health services across the continuum of care to New Mexico’s distinct Pueblos, Tribes and Nations while simultaneously addressing challenges and barriers specific to them. This includes working with members of each Pueblo, Tribe or Nation to conduct outreach on opioid overdose prevention, treatment, harm reduction and recovery services. 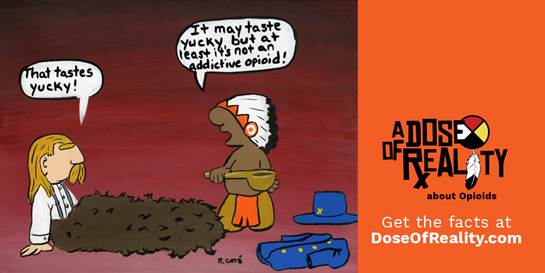 I Saved a Life

Manage Cookie Consent
To provide the best experiences, we use technologies like cookies to store and/or access device information. Consenting to these technologies will allow us to process data such as browsing behavior or unique IDs on this site. Not consenting or withdrawing consent, may adversely affect certain features and functions.
Manage options Manage services Manage vendors Read more about these purposes
View preferences
{title} {title} {title}